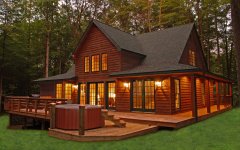 Not all vacation rentals are alike, visit the New River Gorge Preserve and find out for yourself.

Simply call us, 1-304-574-1802, email or complete the short form below to check on availability, and start planning your visit.

Receive a No Obligation Information Packet

There’s fun to be had in every direction you look, from the vantage point of the New River Gorge Preserve resort community.

Fifty miles northwest via I-64/77 is the capitol city of Charleston where you can follow the exploits of the Appalachian Power, a minor league baseball team at home in a bright, spiffy new stadium. If you didn’t catch the latest Broadway hit in New York, you can probably see the touring production on the big stage of the shiny new Clay Center for the Arts and Sciences. The Clay Center is also home to the West Virginia Symphony.

The lovely West Virginia State Theater, in the State Capitol Complex, is home base for West Virginia Public Radio’s Mountain Stage, as well as a performance venue for the statewide communities of dance, theatre, and music. The annual Vandalia Gathering, a celebration of the state’s multiple folk and ethnic heritages, occurs on the capitol grounds every Memorial Day Weekend.

The whole city goes about the Work of Art when it hosts FestivALL, a multi-day presentation of theatre, music, and dance on the last weekend of June. Charlestonians indulge their love of theatre, supporting the Kanawha Players, oldest continually running community theatre in the United States, the Charleston Stage Company, and the Charleston Light Opera Guild where actress Jennifer Garner got her start in the entertainment business. Theatre innovators express themselves through such grassroots theatrical companies as the No Pants Improv Players. The ornate 1911 Capitol Plaza Theatre is the scene of the semi-annual West Virginia International Film Festival and numerous community music and theatre events. Such organizations as The Charleston Ballet, Community Music Association, Appalachian Youth Choir, and Youth Symphony keep weekly calendars lively. The Friends of Old Time Music and Dance and Charleston Jazz Series make sure you have a variety of music and friends to enjoy it with.

Fifty miles to the southeast is the charming town of Lewisburg, home of one of Carnegie’s Halls where a year round calendar of interesting music and theater is at your disposal. Great little restaurants, galleries and The Greenbrier Valley Theatre, a professional company, entertain the growing arts community there, and attract a clientele that feels as at home in the world’s big cities as they do when they’re relaxing in pastoral Greenbrier County. The staid old Greenbrier Resort is next door in White Sulphur Springs, with its world class cuisine, golf courses, equestrian center and sporting clubs.

To the south, ATV riders from all over the country are flocking to the Hatfield and McCoy Trails, one of the world’s largest trail systems for off-highway motorized recreational vehicles. To the northeast, the Monongahela National Forest is home to headwaters of five major river systems and hundreds of miles of smaller streams. They support a coldwater fishery that includes native and stocked trout, and streams that, during spring highwater season, make us Almost Heaven for whitewater kayakers. Ask anyone who knows about Shaver’s Fork, the Cranberry Wilderness, the Greenbrier River below Durbin, and Dry Fork.